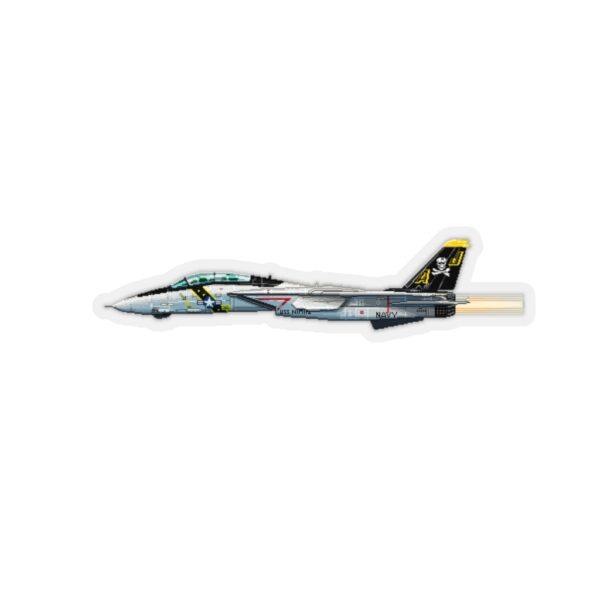 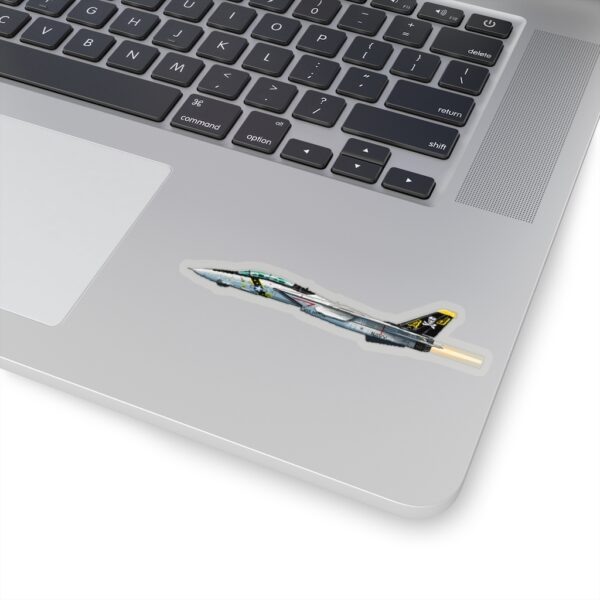 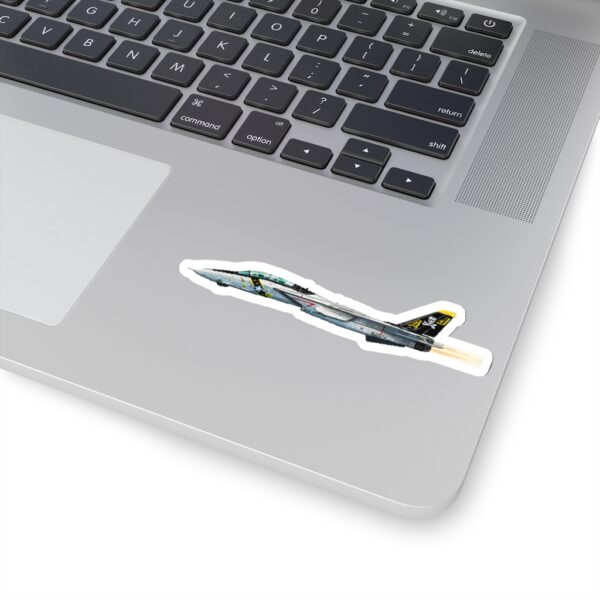 We created the famous Tomcat in retro artpixel style as cool stickers in two variations for you to choose. The kiss-cut sticker comes in a glossy paper finish. It is long lasting due to its Vinyl surface with a permanent acrylic adhesive backside, perfect for smooth flat surfaces (like laptops, computer stickers, cars, bags, journals, windows – it even sticks to planes. 🙂

The f14 tomcat stickers are printed with environmentally friendly eco-solvent inks provides extraordinary bright colors. You can buy it in two variations with white or transparent background.

The Grumman F-14 Tomcat is an American carrier-capable supersonic, twin-engine, two-seat, twin-tail, variable-sweep wing fighter aircraft. The Tomcat was developed for the United States Navy’s Naval Fighter Experimental (VFX) program after the collapse of the F-111B project. The F-14 was the first of the American Teen Series fighters, which were designed incorporating air combat experience against MiG fighters during the Vietnam War.The F-14 first flew on 21 December 1970 and made its first deployment in 1974 with the U.S. Navy aboard USS Enterprise (CVN-65), replacing the McDonnell Douglas F-4 Phantom II. The F-14 served as the U.S. Navy’s primary maritime air superiority fighter, fleet defense interceptor, and tactical aerial reconnaissance platform into the 2000s. The Low Altitude Navigation and Targeting Infrared for Night (LANTIRN) pod system was added in the 1990s and the Tomcat began performing precision ground-attack missions.

The day was April 1st, 1945. This day would mark the beginning of the invasion of Okinawa. The Squadron VF-17 reputation in the Pacific theater was well known, and Japanese pilots feared the sight of VF-17’s Skull and Crossbones emblazoned F4U Corsairs.

Ensign Jack Ernie and his fellow pilots had already shot down over 100 Japanese aircraft, and anxiously awaited the day’s opportunity to add more Japanese kills to their record.

Two hous later, however, over the skies of Okinawa, Jack Ernie began losing engine oil and in an attempt to disenage from the fight with his crippled Corsair, was attacked by two Japanese Zeroes. Jack was at a disadvantage, but he fought valiantly, splashing one of the Zeroes before being overcome by the second. As his Corsair plummeted earthward he made two transmissions: «Skipper, I can’t get out – remember me with the Jolly Rogers».

For his actions that day, Ensign Ernie was posthumously awared the Navy Cross. His remains were not recovered until many years later, after VF-17 had been decommissioned and the Skull and Crossbones insignia adopted by Fighter Squadron 84. After its commissioning in 1955, in an attempt ot trace the history of its squadron insignia, the story of Ensign Jack Ernie was revealed to VF-84 by Jack’s family and upon their suggestion and consent, Jack’s skull and femurs were encased in glass and presented to the squadron, thereby fulfilling Jack’s last request of being remember to the Jolly Rogers.

To this day, he is retained on the squadron rooster and his skull and bones go with the Jolly Rogers wherever they go, serving as a symbol of courage and heroism for all Jolly Rogers to follow.

Be the first to review “F-14 Tomcat Sticker” Cancel reply 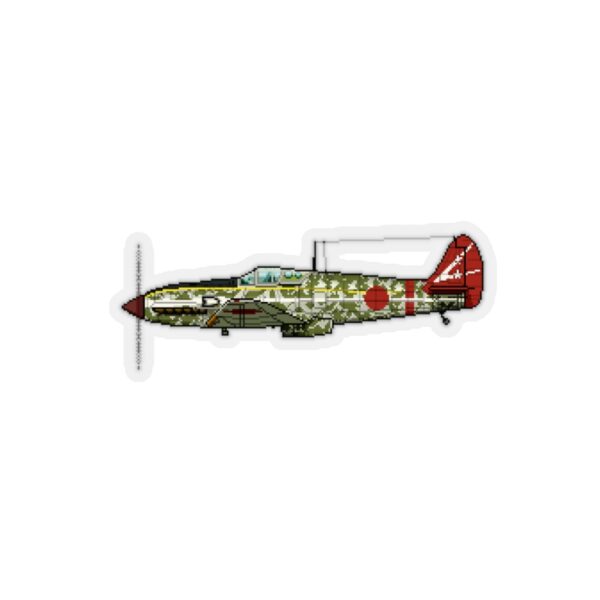 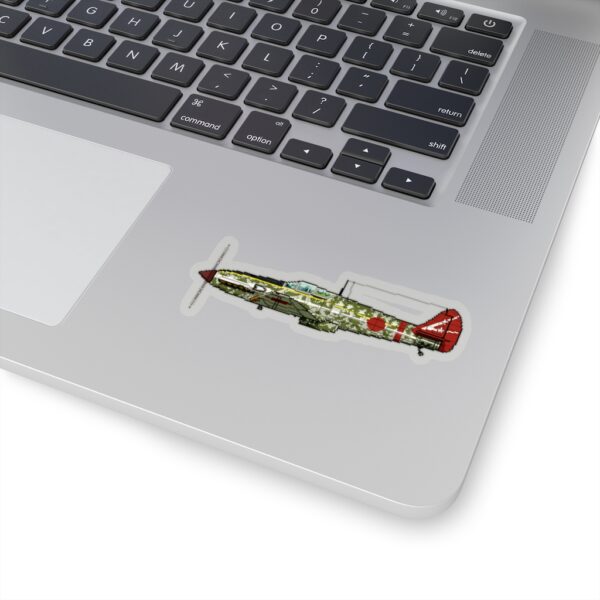 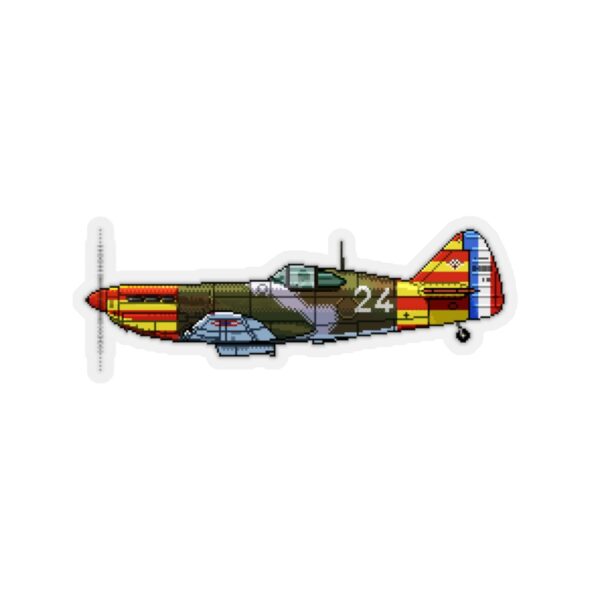 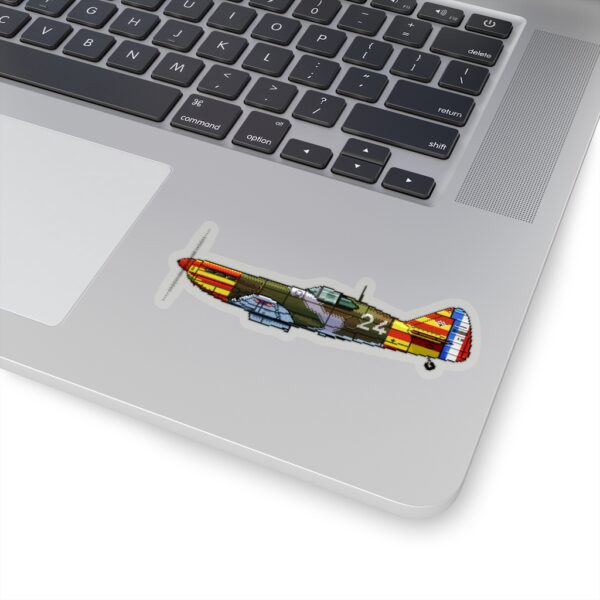 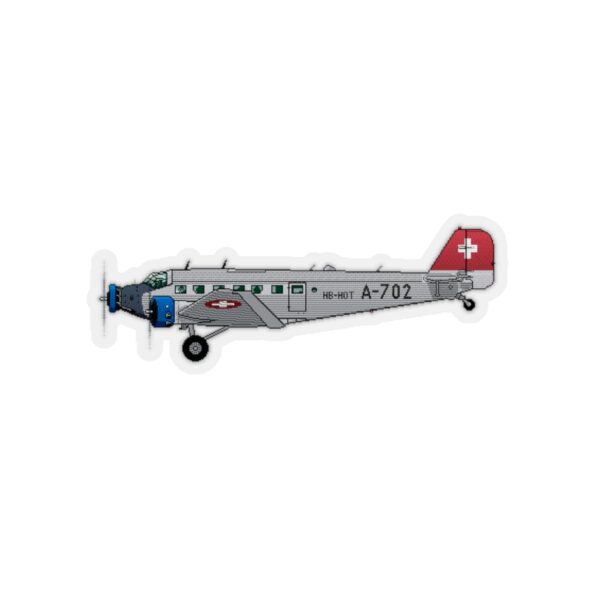 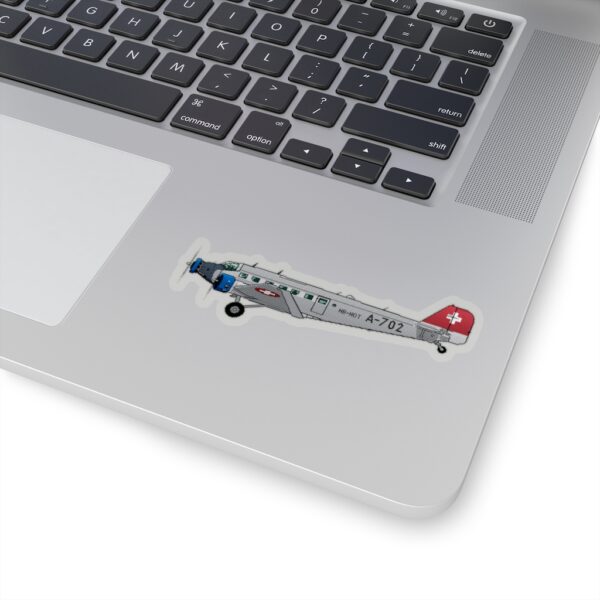 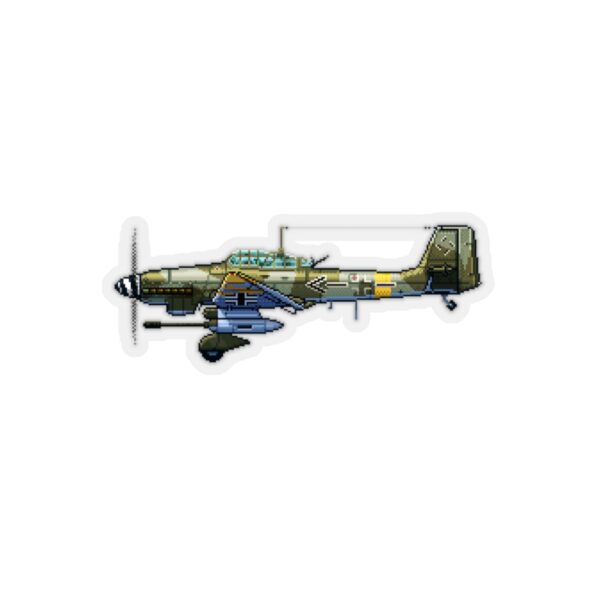 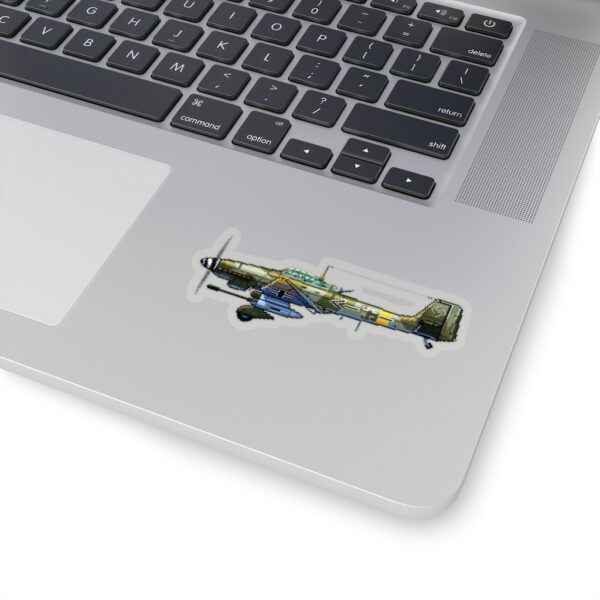 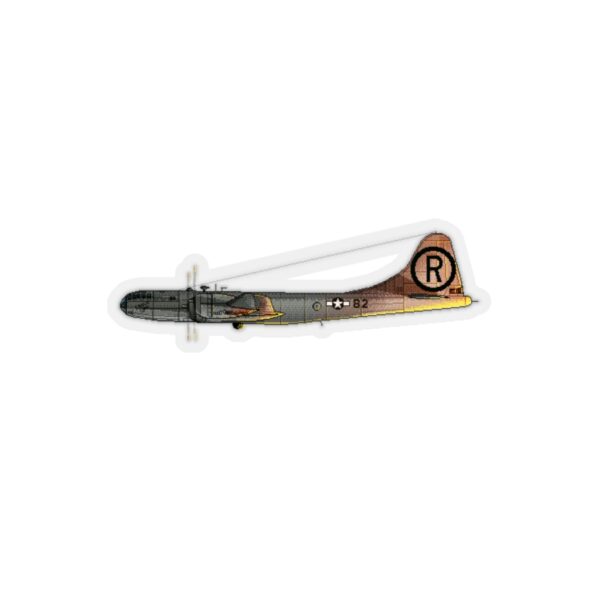 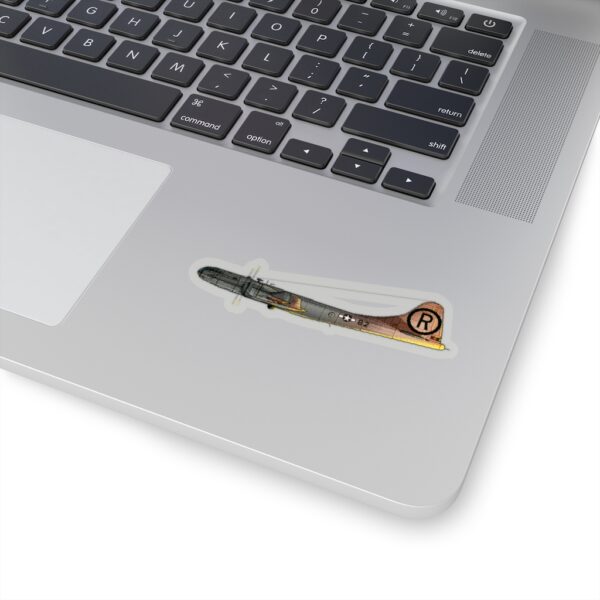 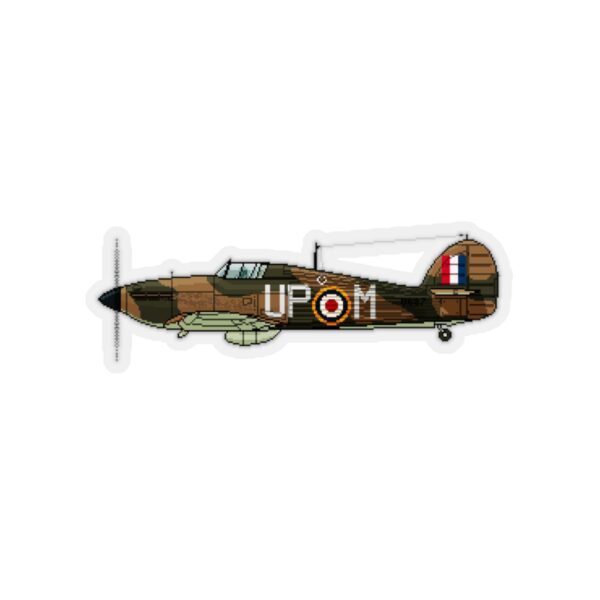 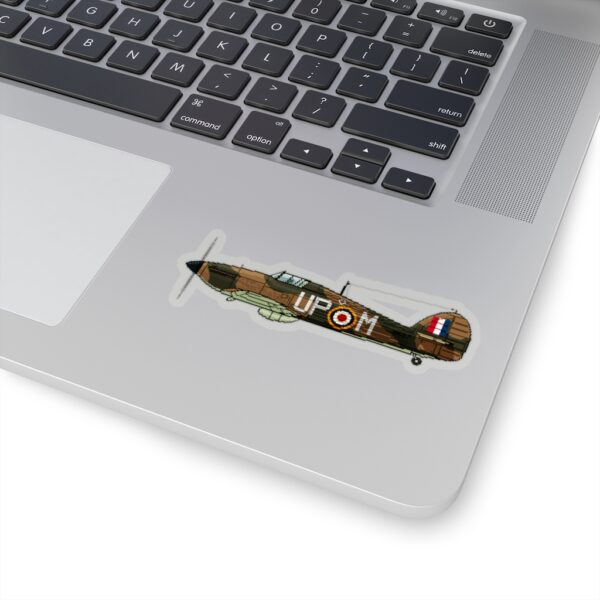 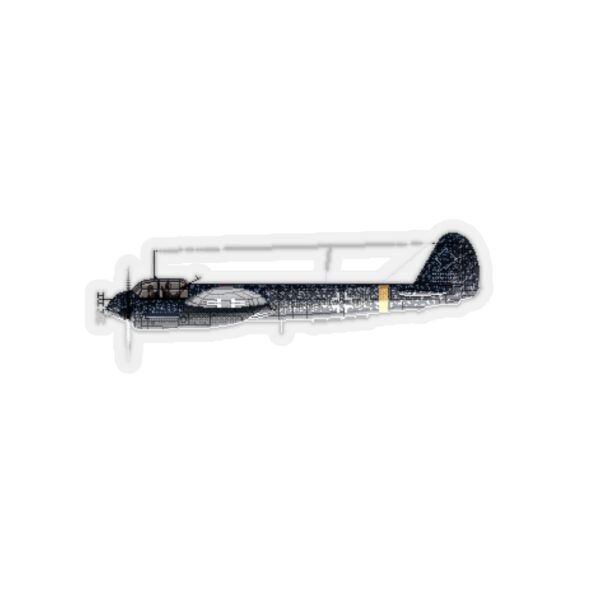 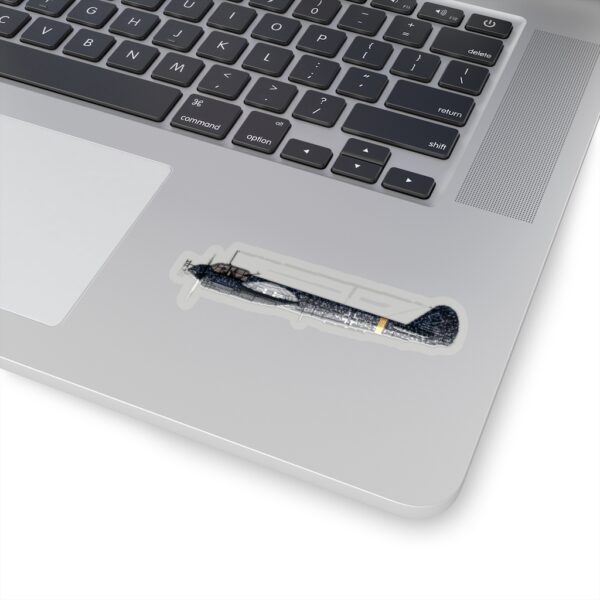 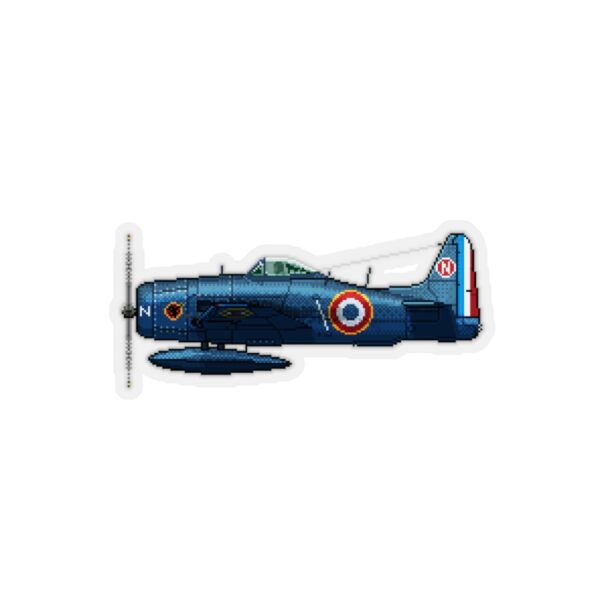 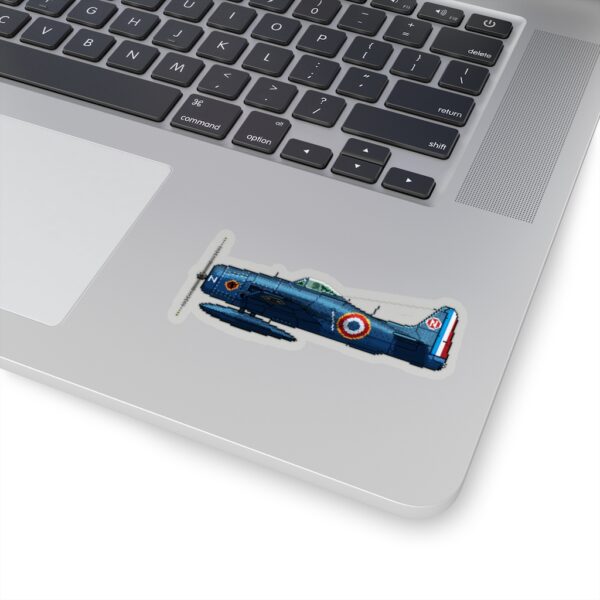